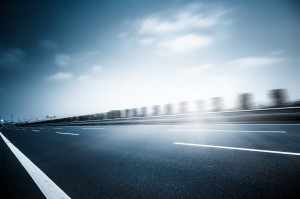 If you recently purchased a custom Harley Davidson, get ready for a change in lifestyle! Ownership of a Harley Davidson can provide a lifetime of smiles as you cruise the open road. But if you are twisting the throttle, and not getting the response you want, than it’s time for a performance upgrade. The Harley Davidson twin cam is a dependable motor that can deliver plenty of performance when properly adjusted, especially the ADB and 90 6B engines. The twin cam engines have been manufactured by Harley Davidson since 1988. Although they share many characteristics of the Evolution Engine, they do differ slightly. Having a 45° twin V configuration, and two cylinders, they are both air cooled and the valves are activated by pushrods between the flywheels and the crankshaft, which have a single knife and fork configuration to the connecting rods.

While the twin cam 88 was installed in the 1999 model year Harleys, the 96 wasn’t released until 2007. This motor was not used in soft tail models before the 2000 model year due to incompatible chassis design and a vibration transfer problem, due to a hard mounting of the engine. Harley Davidson Dyna models absorbed all the vibration as they are rubber mounted, which dampens most of the vibration transfer to the frame, and ultimately the rider. The 88 B was designed specifically for the soft tail to address this issue, as it is basically the same engine as the original, only it incorporates a block design, modifying the engine using twin chain driven balance shafts. The 96B was first used in the 2000 models and is currently available in all soft tails. As a side note, you can mount a regular twin cam motor to a pre-2000 soft tail or any frame that once held an Evolution series engine, as there are adapters made through third-party production. Custom Harley Davidsons are gaining popularity on a daily basis. With so many performance parts to choose from, you can bring up the performance of your bike from a little to a lot. After putting performance parts into your custom Harley Davidson, bring your bike to DAS Performance, in Dracut, MA so that we can dyno tune it, making it run smoother and more efficient. With any major modification, the computer needs to be dialed in so it controls fuel and air properly. If you are doing performance upgrades to your custom Harley Davidson, give us a call at 978-453-0807 and set up an appointment to dyno tune your bike today!